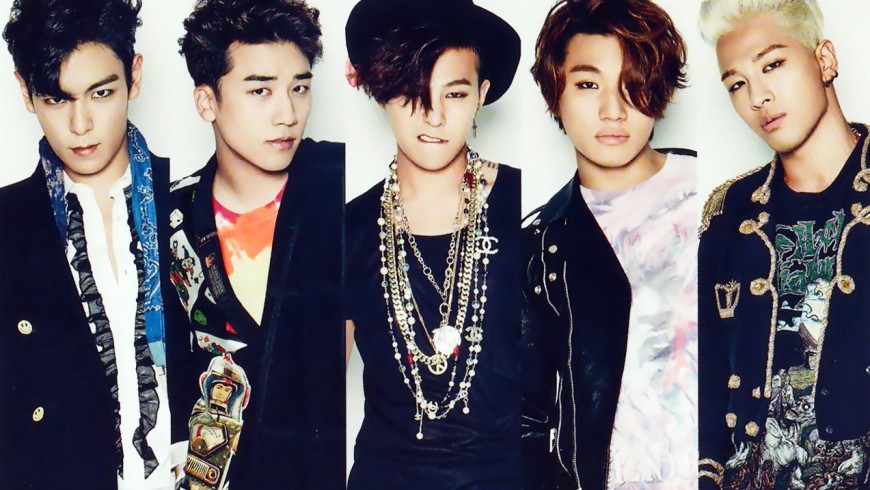 G-Dragon is the leader of Big Bang. He has been trained by YG Entertainment since the age of twelve, often at the side of fellow member Tae Yang. He often composes and produces the group’s material. His first mini-album is scheduled to be released in August, 2009.

Tae Yang’s first appearance, along with G-Dragon, was made in one of 1TYM’s music video. Tae Yang started out as a rapper, but is now the main vocalist of Big Bang. He was the first one to release a solo album called HOT during the summer of 2008 and had his first solo concert. On 2008-8-7 he opened a concert for Alicia Keys in South Korea, where he performed his 2 singles: (Prayer) and (Look only at me). Tae Yang is also known for his free style dancing ability, which has become more prominent since the band’s debut. According to Naver, Tae Yang’s next album will be a full album (not a mini) and is scheduled to be released in either August or September. It will be produced by YG Entertainment’s rising producer and 1Tym Member Teddy. Currently, Teddy is busy working on 2NE1’s album but he’ll immediately shift his full focus over to Taeyang once the work on 2NE1’s album is complete.

Seungri initially joined Battle Shinhwa, a reality show aiming to find the next Shinhwa; he was rejected after the 13th episode. He later tried out for Big Bang and was successful. Seung Ri is the “little brother”, also called the “maknae”, of Big Bang. He provides dance and choreographing skills to the band’s performances. Seungri was the first member to be in a musical, starring in Sonagi. Seungri was the second member of the group to participate in solo activities, promoting his solo single “Strong Baby” which was included in the group’s second album. Seungri is also the second member to debut as an actor. He stars in the film Oorijibae Wae Watni ( “Why Did You Come To Our House”) which was released in April 2009.

Daesung is the second Big Bang member to star in a musical, the Korean adaptation of Cats. He is a permanent fixture on Family Outing, a variety show that is part of SBS’s Good Sunday line-up. He also released two trot singles one in 2008 and the other in early 2009.

Before joining Big Bang, he received recognition by winning KBS’s “Rap Battle” in 2003. T.O.P. acted in the Korean television drama I Am Sam. He is currently filming in the planned drama Iris alongside actors Kim Tae Hee and Lee Byung Hun. He is also filming a teenage suspense drama 19 alongside fellow member Seung Ri. Aside from his role in Big Bang, he has collaborated with various artists, including Red Roc’s “Hello,” singer Gummy’s “Mianhaeyo” ( “I’m Sorry“), and Uhm Jung-hwa for “D.I.S.C.O.” He is the oldest in the group.