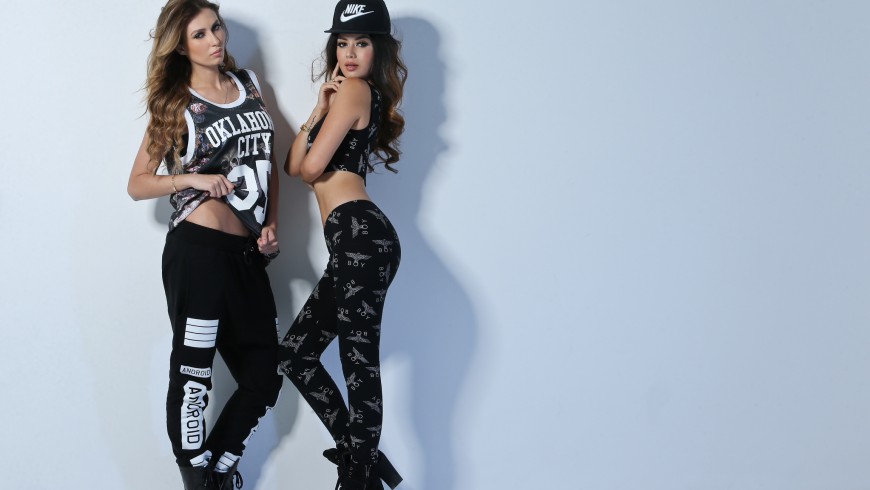 Over the past 3 years, Los Angeles native Kim Lee and Katrina Nova has become one of the most sought after young female dj/producers in the business. The two talented girls graduated Scratch Academy in Los Angeles, Ca. The girls quickly start touring the world, from Asia to Europe. They soon grabbed attention and support from Diplo, Chuckie, TJR, R3HAB, Don Diablo, Kanye West and Diddy.

Although Kim Lee was known for her modeling career. She has graced many international covers for Maxim, FHM, GQ and Esquire Magazine and has also won 2011 #1 FHM 100 Sexiest women in the world in Singapore. She has been in many major music videos from Katy Perry, Far East Movement ,LMFAO and Kanye West. Kim’s been playing the piano since she was 8 years old. Kat Nova, professional swimmer, Russian born in Moscow moved to the United States at the age of 17 and pursued her dreams as an actress and dj. Nova was going to school and soon graduated and worked in Finance until things changed. The girls soon started touring from every country in Asia to Europe. KimKat has performed at massive festivals for Hennessy, Budweiser, Saigon beer, Ponds Men, Kent, Johnnie Walker and many other major brands and recently opened for TOP 5 DJ Steve Aoki during his Asia Tour 2013 and also recently played at Future Music Festival in Kuala Lumpur with R3hab, Deadmau5, Adventure Club and Will Sparks. Also KimKat will be playing at Life In Color Festival in May with A-Trak and Deniz Koyu.
KimKat collaborated with Panda Funk’s DJ/ Producer WHYEL and released their track ” R&R” and recently released their 2nd track called ” Roll with Me”. KimKat just announced their new show ” WHAT’S UP IT’S KIMKAT ” REALITY show which will air on MTV ASIA later in 2014. With KimKat’s fresh style and energy and their fast growing fan base these girls are touring every month.