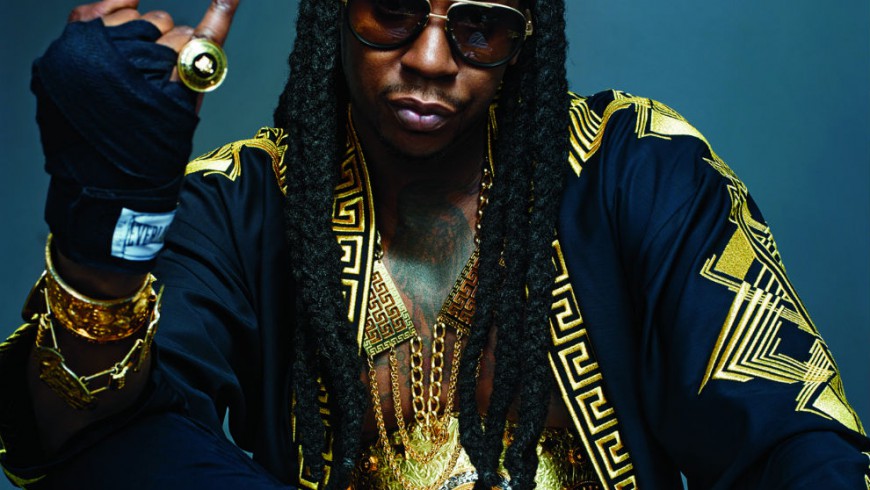 Known as Tity Boi in the Atlanta-based Playaz Circle, 2 Chainz launched a successful solo career around 2010 and issued hits like “No Lie” and “Where U Been” while becoming the go-to artist for guest verses. Born and raised in College Park, Georgia, 2 Chainz first went solo in 2007 with the mixtape Me Against the World. The 2Pac references continued with his 2009 mixtapes Trap-A-Velli and All Ice on Me, but 2010’s Me Against the World 2: Codeine Withdrawal hit his style on the nose with the last bit of its title, and when DJ Teknikz and DJ Frank White collected his best street tracks in 2011, the hard and hazy set of cuts was dubbed the Codeine Cowboy mixtape.

That same year he was featured on David Banner’s “Yao Ming” and Big K.R.I.T.’s “Money on the Floor,” while a year later he landed on Kanye West’s “Mercy” as well as Nicki Minaj’s “Beez in the Trap.” He also signed with the Def Jam label in 2012 and released the single “No Lie” before dropping his official debut, Based on a T.R.U. Story. Lil Wayne, Nicki Minaj, and Mike Posner were among the Grammy-nominated album’s special guests, while production was handled by the likes of the-Dream and Drumma Boy.

Following later announcements that 2 Chainz had been working on new material with Pharrell Williams and Drake, a sequel — titled B.O.A.T.S. II: Me Time — arrived in September 2013. The album featured the hits “Feds Watching” and “Where U Been,” but 2 Chainz was also heard on singles from B.o.B. (“Headband”), Major Lazer (“Bubble Butt”), and Juicy J (“Bandz a Make Her Dance”) that same year, while 2014 saw him joining Sage the Gemini on the Imasu! single “Only That Real.” ~ David Jeffries, Rovi