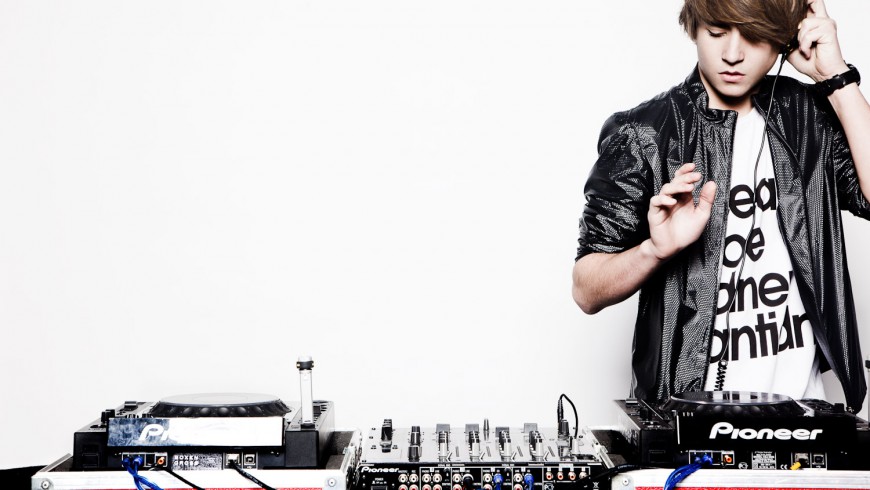 “One To Watch!” Dancing Astronaut

At the grand old age of 20, Danny Avila has become one of the hottest acts in the world of EDM. From winning the ‘Best Newcomer DJ’ at the prestigious 2011 Vicious Music Awards at just 16, through to touring Asia, North America and Europe at the side of Tiësto at the close of 2013 – Avila has risen through the ranks of the dance music elite. Embarking on the ‘Greater Than Tour’, a stadium-sized venture that sold-out tens of thousands of tickets in just a few hours, based on his searing ability to demolish the world’s most prestigious dance floors and a talent for music production, Danny has also been snapped up by the likes of Interscope Records, Big Beat Records, Spinnin’ Records, Musical Freedom and more, for his releases.

It’s a story that smacks of hard graft, pure talent and an undeniable passion for music. DJing from the age of 12 and producing from 13 using money earned from playing friends’ birthday parties to buy rock-bottom equipment, at 14 the young Avila – whose work ethic borders on the fanatical – left his home, friends and family in the Spanish resort of Marbella to move to Madrid, focusing on scoring as many DJ gigs as possible in the city’s clubs. “I knew it was going to be hard,” says Avila, “but there was just nowhere for me to get any real experience playing out in Marbella and I’ve never let my age stop me doing anything. My older brother spoke to local promoters for me and that’s how I started getting my very first gigs.”.

It was whilst playing a warm-up set in Benidorm’s Ku Club that Danny first met Fedde Le Grand. The international superstar was beyond impressed with the teenager’s innate ability to read the crowd and his blistering arsenal of music, that the two struck up a conversation that quickly evolved into a firm friendship.

It was that break that led to the explosion that has become the Spanish sensation of Danny Avila today. It’s not just the legions of adoring fans that have become firm supporters of his explosive live sets – the elite of the music industry have fallen under his spell just as swiftly. Having played at top Ibiza clubs for the past four years including jet-set hot spot Blue Marlin, Avila was duly invited to join the Café Ole team at Space Ibiza and the following year, at the personal request of Tiësto for his 2012 Opening Party at Pacha, on the island. Wowing both the crowd and possibly his biggest idol, Danny was invited to join Tiësto for an incredible nine further dates across the summer. “He’s smart, respectful, knows his music and most importantly knows how to give the crowd what they came to hear. There’s nothing I enjoy more than working with upcoming producers and DJs like Danny who are willing to work hard and who want to win. I believe 2014 is going to be a big year for Danny”, said Tiësto. In the crowd, listening with rapt attention, was Eddie Dean, owner of Pacha NYC and now one of Danny’s biggest supporters, with many more fans instantaneously gained as he slayed his sets across both Gatecrasher and Privilege clubs, throughout the 2014 season.

They say word of mouth is the biggest form of support, but when Eddie Dean speaks to the Head of Sirius XM in the US, you’re entering a whole new level. Based purely on the music and the level of buzz that was emanating from Ibiza about Avila, without a single US date, the young Spaniard found himself the station’s youngest ever prime-time resident with his ‘Ready To Jump’ radio show, broadcasting across the North American continent. Now, Danny is adding yet another string to his bow with new radio show ‘MORE’, set to drop each month highlighting his love of all genres, but paying particular attention to Deep and Tech House styles, that have always been close to his heart and deeply entwined with his Hispanic roots, set to air Sunday mornings from September, also on Sirius XM.

As one of the most in-demand young talents on the globe, the teenager has already graced the hallowed stages of Coachella, Ultra Music Festival (both Miami and NYC) in an incredible Main Stage debut, Electric Zoo, Electric Daisy Carnival, Creamfields, TomorrowWorld, as well as recently gracing South America and Asia with his debut shows in these regions, back in March. Then there is the pinnacle club that all DJs aspire to fill-out within the city of Las Vegas, the show stopping Hakkasan at the MGM Grand Hotel and Casino, which saw Danny hold down a blazing residency, set to soar to even higher heights as he continues his sets more frequently in the Fall/ Winter of 2014. After joining Tiësto on dates in the USA, Mexico, Holland, Israel, Malaysia, Indonesia and South Korea, he then permeated America yet again, co-headlining the ‘Generation Wild’ tour with Deniz Koyu throughout February 2014. Infiltrating states from California to Texas, over to Illinois and New York, Danny also joined Tiësto and Calvin Harris as the official support act for the sold out UK leg of their ‘Greater Than’ stadium tour, having also supported others big in the game including Dimitri Vegas & Like Mike, Bingo Players, W&W and many more, reflective that Danny’s electric big-room sounds paired with his undeniable mixing and production talent, echoes the world over.

Building from those second-hand pieces of hardware he bought aged just 13, Danny has, to date, released debut track ‘Breaking Your Fall’ on Big Beat, ‘Voltage’ and ‘Rasta Funk’ on Spinnin’ Records, along with ‘Tronco’ and ‘Poseidon’ on Musical Freedom. Then there is his unparalleled remix work on Skylar Grey’s ‘C’mon Let Me Ride’ (Interscope) and Krewella’s ‘Live For The Night’ (Sony Music/Columbia), as well as mixing compilations for two of the biggest dance music institutes on the planet – ‘Ministry of Sound presents: Danny Avila Live’ and ‘Ibiza Calling’ from the legendary night at Space Ibiza. Add to that the release of an exclusive free bootleg of UK pop starlet Ellie Goulding’s ‘Burn’ as a thank you to fans for their continuous support, in addition to his crazy, party-starting collaboration with twoloud; ‘Rock Da Place’. More recently, Steve Aoki’s Dim Mak records signed Avila’s collaboration with fellow friend Merzo ‘BOOM!’, which took radio stations by storm. While the year is coming to an end, ‘Life In Colour’, the world’s biggest paint party, released ‘Unleash’, the festival’s 2014 anthem, with an amazing, electro infused Danny Avila remix, which also served as the lead track in the festivals after movie, released earlier this year.

Oh – and if all that wasn’t enough, he’s not only spear heading the next generation of superstar DJ/producers – he’s also pretty damn prolific at turning the ordinary into the extraordinary, when it comes to anything concerning a board. Verging on pro skate and snowboarder status, Avila also deservedly notched up 2nd place in the Spanish Wakeboard Championships, 7th in the European Wakeboard Championships and 12th in the World Wakeboard Championships – as ever proving that he’s ready to jump, no matter what the medium!

There is, it seems, absolutely no stopping Danny Avila at whatever he turns his hand to. The future beckons, and it’s practically blinding.