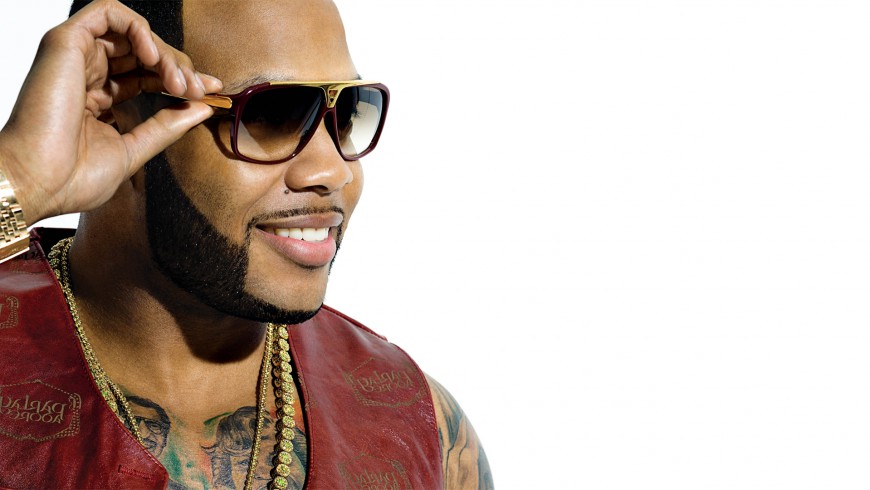 Rapper Flo Rida is the Carol City native being dubbed the new ‘It’ man of Hip-Hop, and it’s easy to see why. With no prior studio record and relatively moderate promotion of his profile, the rapper gained respect through his debut single ‘Low’ feat. T-Pain. On Billboard Hot 100 chart, the song went from #91 in the first week to #64 before finally taking a big leap to #4. In its fourth week, the single held strong to the same position despite new competitors that kept turning up. Radio outlets gave heavy spins of the song and its digital download on iTunes rocketed to over 120,000 hits. Ringtone request meanwhile, was also constantly pouring in, nailing the song a third position on Billboard Hot RingMaster chart. With such attainment early in his career, there is no doubt that his name may be put in line with the kings of Hip-Hop someday.

The road that leads him to the platform he is on now was never easy, in fact it was a struggle. The rapper was born on December 16, 1979 under the name Tremar Dillard. Ability has no school, the Hip-Hop vibe was already in his blood. He formed a rap group called Groundhoggz with his two childhood friends as a mean of gaining experience. Although not completely a failure, considering they earned opening slots for local artists, the group was not exactly what he was destined for. At 15 years old he became acquainted with his sister’s boyfriend who worked as a hype man for 2 Live Crew’s Luke Skyywalker. From there he was exposed to the real world of music industry with all its eccentricity, which he loved. Higher education and regular jobs laid on the bottom of his list, “I had many jobs, lived in Vegas while I attended the University of Las Vegas for a week, then quit,” the rapper recalled. “I went to Barry University for two months, and quit that too, all ’cause of the music.”

By 2001, he followed the footsteps of his brother-in-law by becoming the hype man for 2 Live Crew’s Fresh Kid Ice. Before leaving for a task in Hawaii, he recorded a solo demo with a consent from his fellow Groundhoggz members. Upon returning home to Florida, he received a call from Donald DeGrate, Jr. aka DeVante Swing who was by then a former Jodeci member, and asked to meet him in California. Although he was taken under the care of A&R, he still had to hunt for labels and endure rejections from huge recording houses such as Capitol and Deathrow. Future seemed bleak at this point. Flo Rida strayed in motels and sometimes on the street, only to pursue his dream. Still, he recorded several mixtapes that eventually helped him building a bridge with ‘people with influence’.

Unexpectedly, the opportunity came not far from home. Three years after living in California, he was back to Florida to have a meeting with E-Class, founder of indie label Poe Boy who happened to grab a hold of his demo. Within months he was signed to Poe Boy/Atlantic and started recording his first album. He was introduced to T-Pain, JR Rotem, Rick Ross, DJ Khaledand Trey Songz, among those who would later contribute in the album. ‘Mail on Sunday’ is slated for a February 2008 release. “Anyone that likes music is going to love my music. Because I like to come from left field, but make sure I still make a lot of sense,” Flo Rida said.