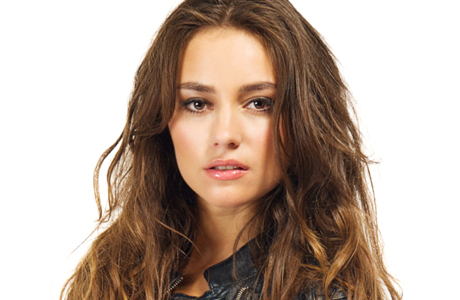 Beginning //
Miss Nine was born in Germany as Kristin Schrot and at the age of 16, she started her career – not as a DJ, but as a model. After moving to Amsterdam, she discovered the art of DJ’ing and her passion for music eventually led her become a DJ as well. In 2003, only a few months after touching the decks for the first time, she became a resident DJ at the legendary Motion parties where she evolved as an artist and DJ while playing alongside masters such as John Digweed, Dave
Seaman, Nick Warren and James Zabiela. 2005 was also the year that Miss Nine took to the decks as the youngest artist at the 10th edition of Dance Valley (renowned Dutch Dance Festival). At the end of 2005, Miss Nine was then asked by Grammy Award winning DJ duo, Deep Dish to join Bullitt Bookings, the reputable agency of A-list DJs. This allowed Miss Nine to enter the forefront of the international DJ scene for the first time.

925 Music //
Fronting her own recording imprint, 925 Music, Miss Nine has created a home for her own releases and a vehicle with which she can sign and bring to prominence artists and music she strongly supports. Through both 925 Music and its sub labels 925 Digital and 925 Global, the Nine brand takes another leap forward in servicing the dancefloor with heavy rotation music. In 2011 Miss Nine unveiled the labels mix compilation series ‘Around the World’, which featured music exclusively from the 925 imprint. The albums release was accompanied with an ‘Around the World’ tour which spanned 12 months and took in countries such as China, Malaysia, Argentina, Brazil, Spain, Germany, Australia and America.

including  DI.fm, Proton, Frisky and  Dance Paradise. Since January 2011,  Nine Sessions is also available as a podcast on  iTunes.

Present //  Today her tour diary continues to be punctuated with performances all around the globe, spinning at clubs such as Privilege in Ibiza, Avalon in Los Angeles, Warung in Brazil, Ministry of Sound in London and Pacha worldwide. She has also graced the main stage of Miami’s Ultra Music Festival, joining a line-up of, among others, Tiësto and David Guetta. Her recent headline tour of India, alongside Avicii, was another insight into the rising star of Miss Nine as dance music’s leading female DJs.