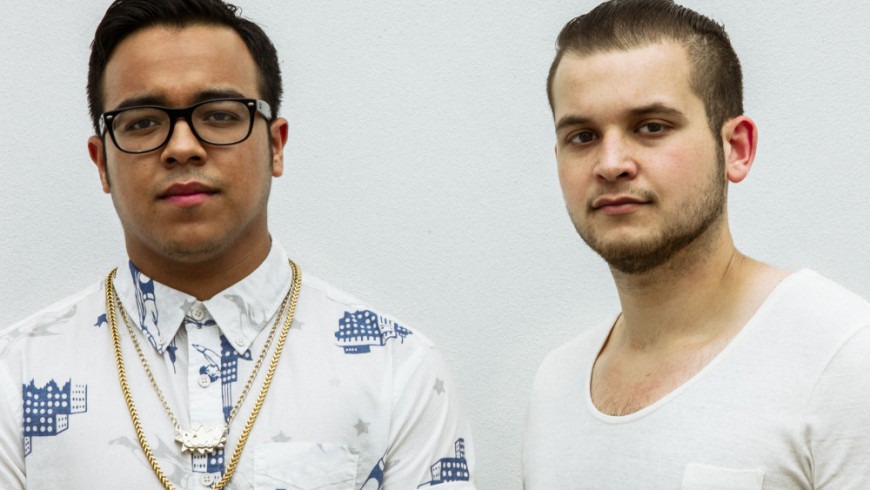 Thirty push-ups and a shot of tequila each: that’s all the preparation Julio Mejia and Matt Toth need to transform laid-back, unassuming 24-year-olds into the scene-stealing DJ .and production duo GTA, throwing down killer sets across the globe.

Despite GTA’s wild, unpredictable sets, everything the duo does – both on stage and in the studio – is unified by a simple mission statement: Death To Genres. The duo’s open-minded-ness is closely tied to their Miami roots, as they were exposed to urban, electronic rock and Latin sounds in equal measure. “A lot of people argue about the kind of music they listen to, what’s cool and what’s not,” Mejia explains. “But for us, it’s just about good music.”

GTA finished their first collaboration in a single sitting, and sent it off to a few labels for feedback. Much to their surprise, Toth and Mejia heard directly from Afrojack who wanted to sign the song to his Wall Recordings imprint. “We got the email and we freaked out,” Mejia says. “That’s how GTA got started. And ever since then it’s just been constant.” Constant being an understatement, GTA has toured 5 continents headlining their own tours as well as thrilling crowds at premiere festivals such as; Coachella, Lollapalooza, Ultra Music Festival, EDC and countless more.

Promoting their genre-free ethos, Toth and Mejia have become bona fide tastemakers to fans and fellow artists alike, proving that “dance music” is best defined as whatever makes you move. GTA’s all-inclusive style is best exemplified in their new DTG Vol. 1 EP (out now on Three Six Zero Music/Warner Bros. Records). DTG Vol. 1 is seven tracks of genre-eradicating music that traverses multiple soundscapes, for the first single GTA masterfully craft the mammoth tune “Red Lips” that features the sultry vocals of Sam Bruno artistically juxtaposed with the bombastic horns and bass GTA has long championed. Also featured on the EP are the syrupy Southern vocals of rap legend & the ‘Peoples Champ’ Paul Wall, who weaves an icy flow over GTAs haunting hip-hop production on “Smokers Unite”.

For years GTA have supported numerous acts on the road and in the studio. In order to keep the karmic creativity flowing, GTA have called on talented comrades such as Valentino Khan(OWSLA), Wiwek & the master of bounce TJR. Whether you prefer to say the powerhouse duo is killing genres or creating their own, one thing is clear: GTA is on a bold musical mission, and they’re taking us along for the ride.